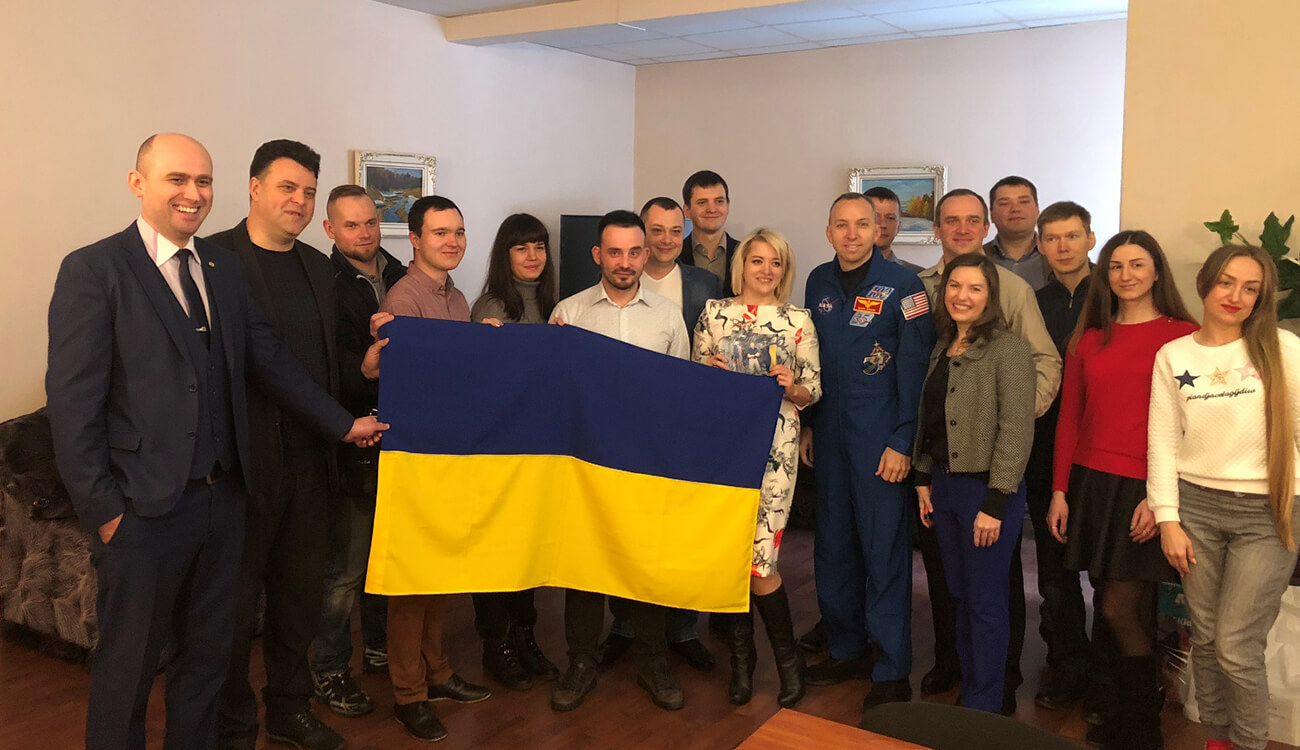 Communication was held during the work of the Council of Young Space Workers of Ukraine with the participation of representatives of YUZHMASH. The meeting took place in an informal and friendly atmosphere.

Randolph Bresnik is famous in Ukraine for being the second astronaut after Leonid Kadenyuk, who deployed our national flag in the orbit.

During the conversation, the American astronaut asked where he got the Ukrainian flag and why he brought it with him to the ISS.

“I received this flag in the Dnipro, when I was here with my family. My son was born in this city. And that’s why we came back here with the whole family. And I brought this flag back to Earth, here it is, “Bresnik said, unfolding the flag of Ukraine.

Randolph Bresnik also shared his feelings after visiting outer space, discussed with youth the prospects of space projects and the participation of Ukrainian youth in them.

Randolph James Bresnik is an officer in the United States Marine Corps and a NASA astronaut.In November 2009, he flew as a Mission Specialist on Atlantis STS-129. He participated in the second and the third spacewalks of the mission. Bresnik launched aboard Soyuz MS-05 to the ISS on 28 July 2017, and served as Flight Engineer for Expedition 52, and as ISS Commander for Expedition 53. During the first flight, he made two spacewalks with a total duration of 11 hours and 50 minutes. Acquired popularity among users of social networks, thanks to his experiments with a spinner in zero-gravity conditions.

The meeting was also attended by Wyeth Bresnik, the eldest son of Randolph Breznik. Wyeth was born in the Dnieper in 2006, and in the autumn of 2008 at the age of almost three years was adopted by Randolph Bresnik.