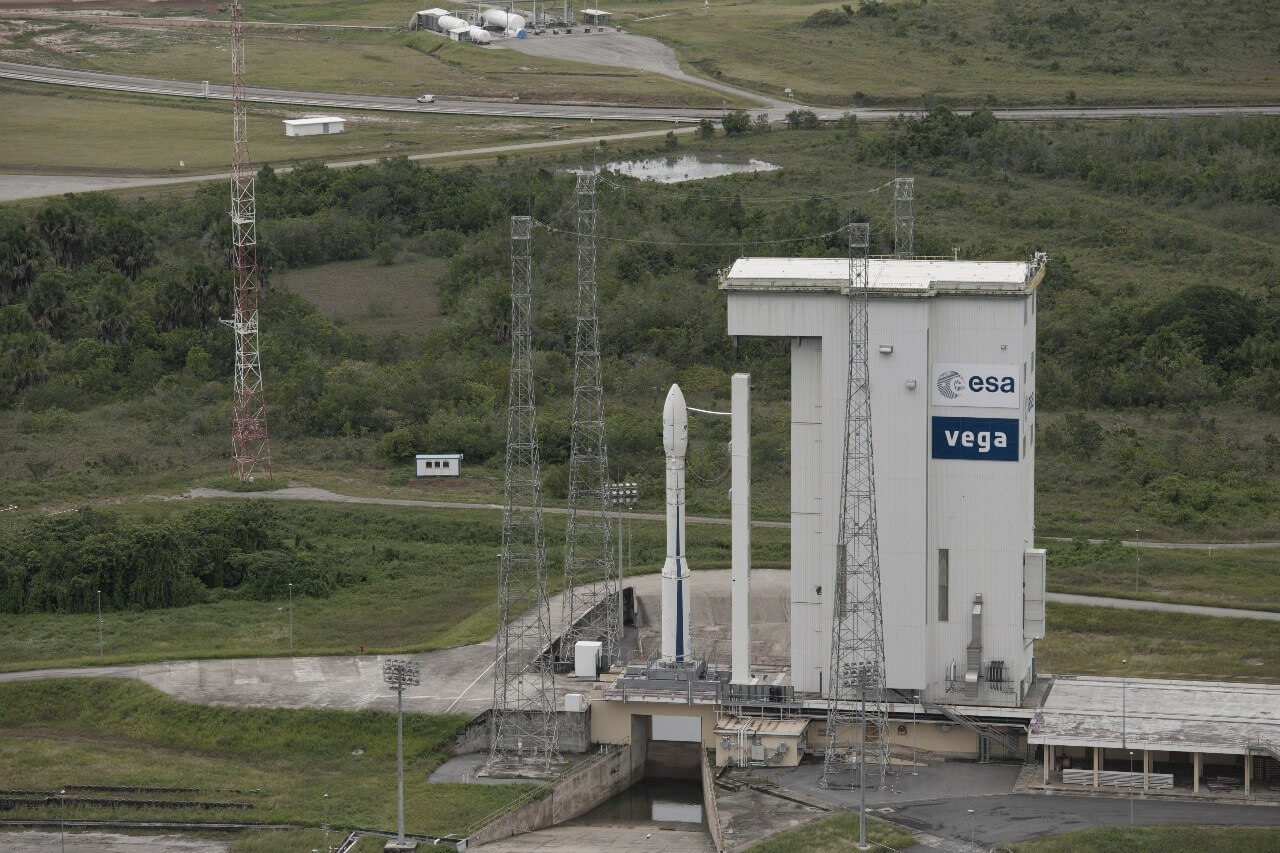 On November 8, 2017, at 3:42:31 Kiev time from the Kourou cosmodrome in French Guiana, a successful launch of the European light carrier rocket Vega was held.

The spacecraft is designed for cartographic and geodetic works, prevention and control of natural disasters, for monitoring changes in the natural environment and monitoring of borders and the coastal zone. Its weight is about 1.11 tons.

The satellite has separated from the rocket 55 minutes after the launch.

The main engine RD-843 of the fourth stage for the LV “Vega” had developed by the Yuzhnoye State Design Office and it had manufactured by the State Enterprise “Production Association Yuzhny Machine-Building Plant named after A.M. Makarov”.

This launch was the eleventh in the framework of the “Vega” program and the third in 2017. In just 5 years, LV Vega  had brought 26 satellites into orbit for 20 customers around the world.