Signed a contract for the purchase of the complex “Sea Launch” 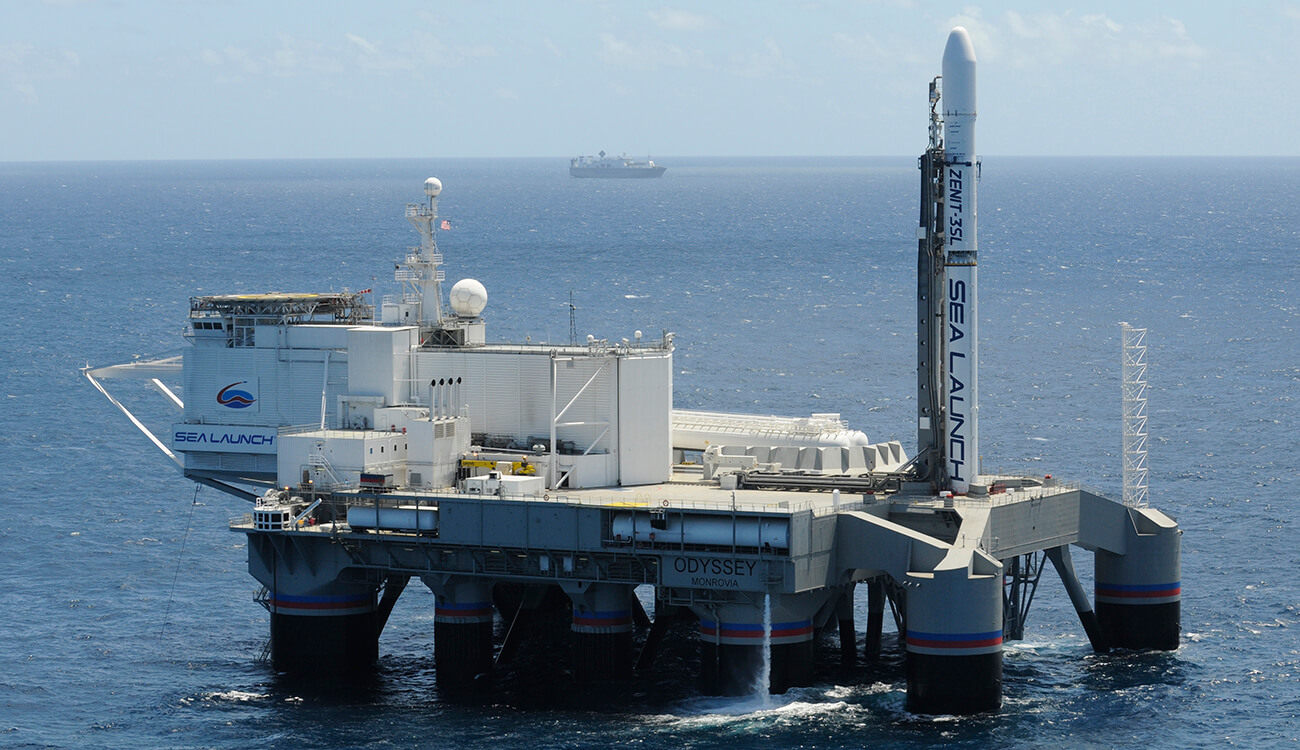 Signed a contract for the purchase of the complex “Sea Launch”

The Holding S7 Group at its official website(https://goo.gl/OcW3dmhttps://www.s7.ru/home/about/news/s7-group-pokupaet-kosmodrom-morskoy-start-) announced the signing of a contract with a group of companies Sea Launch. The contract was signed in Guadalajara (Mexico) in the framework of the International Astronautical Congress IAC 2016 and provides for the purchase of the property complex “Sea Launch”. In the announcement also was declared the intention of the new owner to output the complex from the conservation stage and to begin the launcher activity at the end of 2018.

All  the property of the complex “Sea Launch” ,namely the ship Sea Launch Commander, the Odyssey platform on which are  installed the equipment of the rocket segment, ground equipment in the base port Long Beach (USA) are adapted for the storing, transporting, the pre-launch service and for the launches of the  carrier rocket “Zenit-3SL”. This rocket is produced at YUZHMASH.

In connection with this YUZHMASH welcomes the opportunity to resume the project “Sea Launch” in the framework of international cooperation for the peaceful exploration of space.

Given the length of the production cycle of the manufacturing of the LV “Zenit”, the first products may be dispatched in the second half of 2017 if the funding will begin in October 2016. At the same time existing capacities of YUZHMASH allow to produce from 4 to 6 carrier rockets per year.