A new unique trolleybus route have been opened in the Dnipro 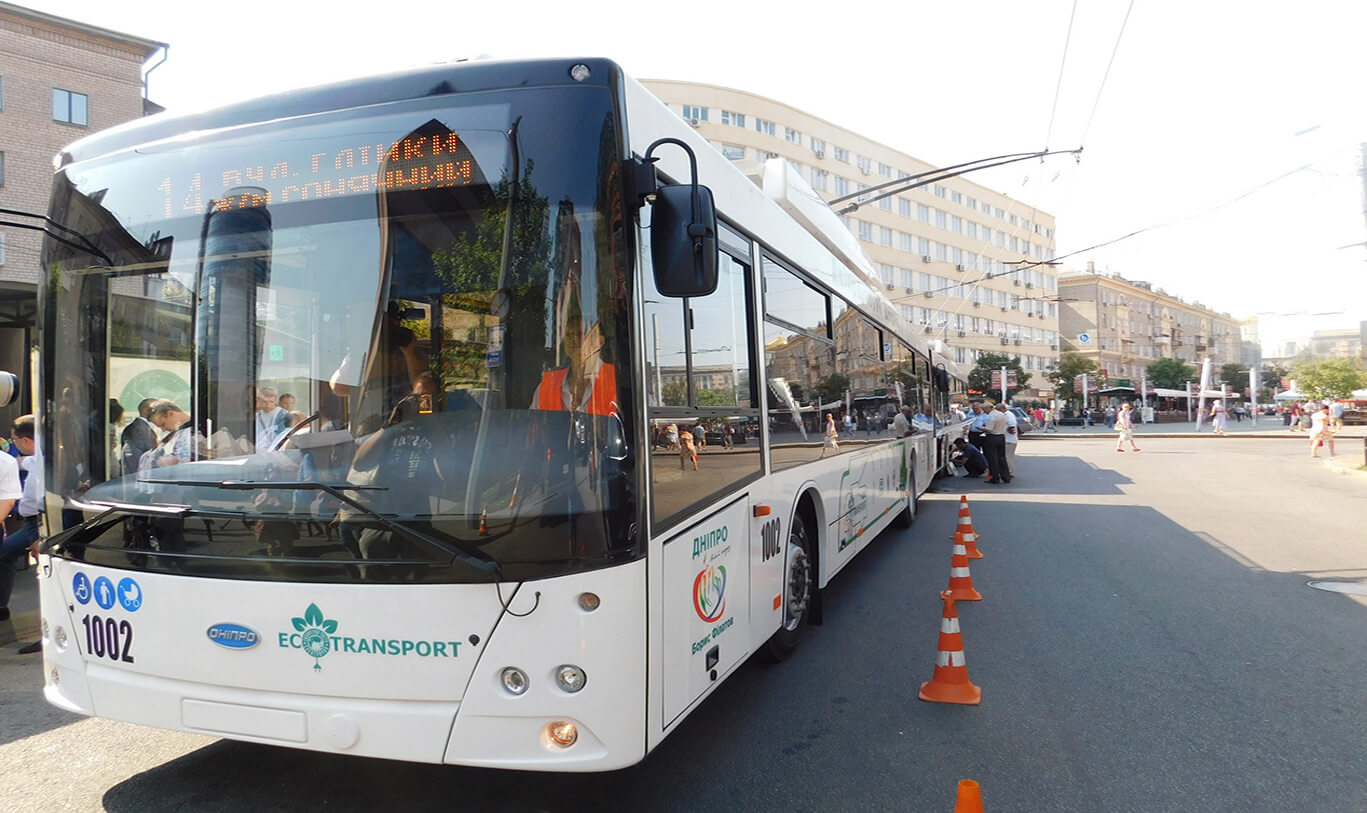 A new unique trolleybus route have been opened in the Dnipro

August 4, 2017 in the Dnipro for the first time in 25 years, a new trolleybus route have been opened from the city center to the residential array Solnechny.

The unique for Ukraine trolleybuses have working on the route, which were produced at SE “PA Yuzhny Machine-Building Plant named after A.M. Makarov”. These are two new T-203 trolleybuses, which have not need a contact network during the movement, they are working on lithium-ion batteries, the charge of which is sufficient for at least 15 km of traffic. The trolleybuses are able going around obstacles on the road and recharging during the movement by simply attaching the “horns” to the wires of the contact network. That is, part of the way the trolleybus is going on the existing contact network, and part – on the autonomous run.

The trolleybus has equipped with ramps and special seats for passengers with impaired musculoskeletal system. The route number is shown on the electronic scoreboard, and the built-in speaker output to the outside will has helping people with visual impairments not to miss their stop.