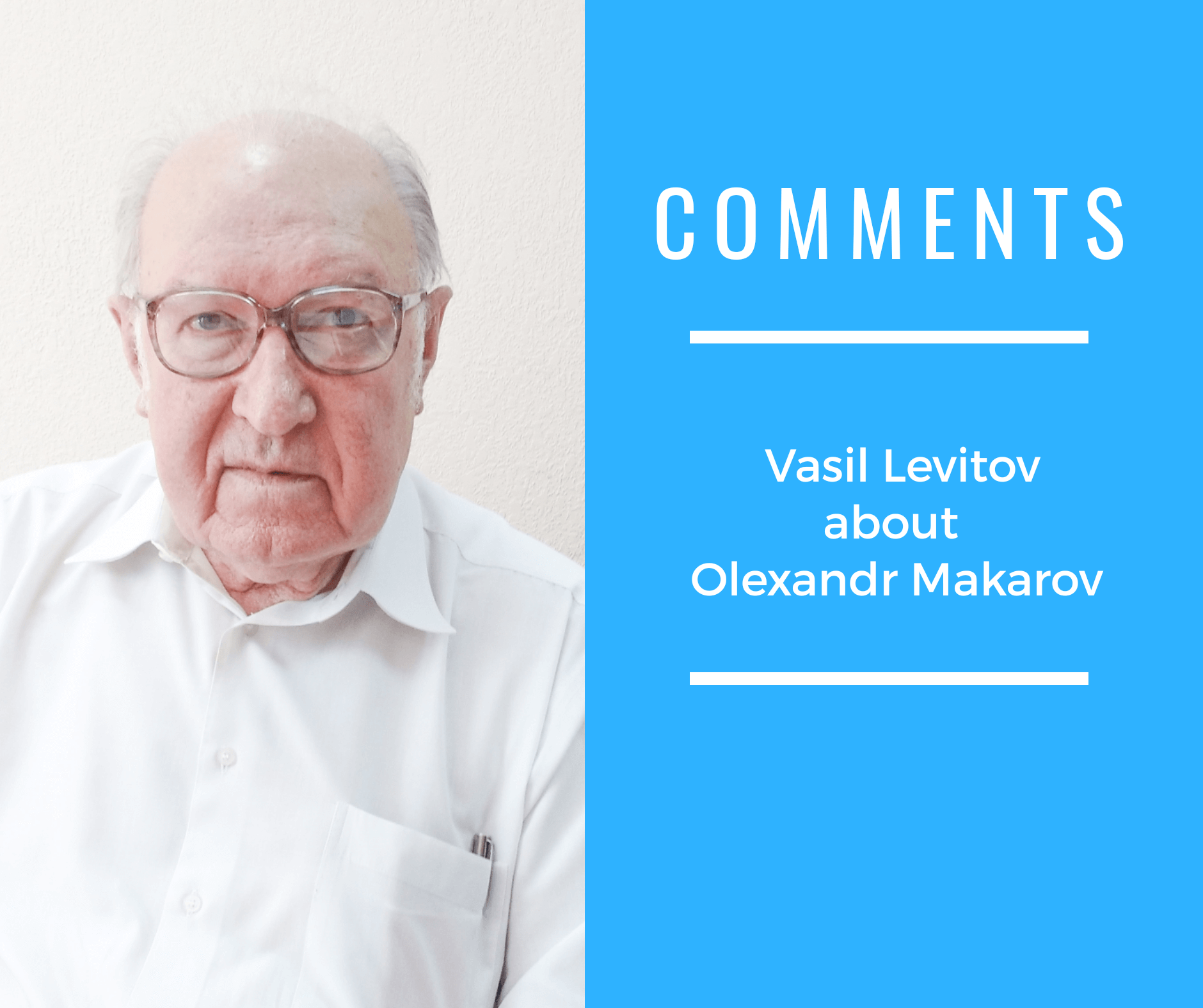 Vasil Levitov is an assistant of the Deputy General Director of production.

I came to the plant on March 20, 1958. My work experience is already sixty two and a half years. I came to the plant after graduating with honors from a mechanical technical school in the rocket direction. He began to work as an assembly fitter in the workshop for the manufacture of motor automation units. This was the beginning of my career at the plant.

Of course, when I was still a mechanic, I did not communicate with Makarov. At that time he was the chief engineer. And the director was Leonid Vasilievich Smirnov.

I was moving up the career ladder, one might say, rapidly. I almost immediately entered the university. First he studied at the metallurgical institute, then moved to the physics and technology faculty of the university, where they trained rocket scientists. He studied on the job. Then people like me were promoted. At first I was offered an engineering position, and literally 3-4 years later I took the position of deputy head of the engine assembly shop. It was in 1965. But all the same, I have not yet communicated with Makarov, since there was too much distance between us.

I have worked with six directors in total. In 1960, I was appointed as a central production manager. Communicated directly at that time with Leonid Vasilyevich Smirnov. Coming to work as a production director, he always called the dispatching console.

Alexander Maksimovich played a huge role in the creation of our microdistrict. He was the ideologist of all this construction. After all, when the plant was created in 1944, there were continuous vacant lots around. The construction of the upper and lower settlement, Titov and Rabochaya streets – these are all his ideas. He knocked out building permits and money himself. In general, Makarov paid a lot of attention to the social sphere. And this concerned not only the construction of housing, although the opportunity to get housing very seriously attracted people to the plant. Attention was paid to everyday issues, health improvement, sports and medicine. The Meteor stadium was reconstructed, the Olympic swimming pool, the Ice Palace, the Dubrava boarding house in Samara, the Mishor health resort on the Crimean coast was built. And this is not a complete list.

Makarov was the best among the leaders of YUZHMASH in terms of his attitude to social issues. No one can boast of such successes either before or after him. But I must say that none of the directors had such opportunities as Makarov.

Our rockets were always in demand at that time, the deadlines were very severe, we worked, frankly, around the clock and all Saturdays and Sundays. I often lived for weeks at the factory, although my home was not far away, but there was no time to go home. The plant had a lot of work. Accordingly, the company had no problems with financing.

Then there was a cold war, there was an arms race, including nuclear ones. And we were just the main manufacturer of strategic ballistic missiles – the main carrier of Soviet nuclear weapons. So YUZHMASH was on a special account of the state. What can I say, our minister Sergei Aleksandrovich Afanasyev actually lived at the plant. Makarov could easily approach Afanasyev and resolve all issues. Suppose you needed funds for equipment – please. There is no such thing today. Today, you first need to find orders, make money, and then also knock them out.

Under Makarov, the level of wages at the plant was one of the highest not only in the region, but also in Ukraine. At that time, the company employed up to 65 thousand people. And they were the best of the best, it was difficult to get here.

Makarov made sure that with the rise in prices, wages also increased. Let me give you a typical example. Alexander Maksimovich lived near Ozerka (the largest food market in the Dnipro), on Komsomolskaya Street. And in one of the public reports, he says that he went to the market in the morning, looked at the prices of groceries, but prices have grown over the past couple of weeks, but the salary has not changed, we need offers on salaries, our workers should not feel the price increase. And the salary was raised.

In the production area, this was certainly a very talented leader, very competent. A person, who was prepared for production activities comprehensively. In our first years, he worked as the director of ZNGO (a plant of non-standard lifting equipment), which made large non-standard equipment for our plant: furnaces, containers, etc. Makarov knew the preparation of production well. And preparation for production is a lot, it is 30% of production. In addition, before the director, he worked as a chief engineer. Therefore, Alexander Maksimovich was a very literate person. At the same time, he had great organizational skills. With his performance and holding meetings, he knew how to “light” the team, set the tone for the team and lead it forward. He had good leadership qualities. He could come to any shop and raise the “fighting spirit”. He believed people and trusted. Now, I remember how I was appointed head of the motor production. It was 1983. Motor production was the most difficult at the plant, in all respects. The number of production was about 15 thousand people. I was recommended for this position by Vladimir Ivanovich Sichevoy, First Deputy General Director. When I was appointed, I said: “Alexander Maksimovich, can you have any questions for me? What if something doesn’t suit me? ” He looked at me and said: “Listen, Levitov, are you an engine engineer? Go and work. ” That was the parting word. And I went to work. Our production was booming then. We took first places everywhere. And he almost never came to our production. But, however, then there was a division: the chief engineer was responsible for the engines, and the director for the missiles in general. Makarov trusted people, and they were ready to work and take responsibility for themselves.

Makarov was also an excellent organizer. For example, we had great cooperation throughout the country. The motor theme was a complex area. Our test benches were not adapted to constantly changing engines. Building new stands is a huge cost and years. Stands suitable for us were in Zagorsk (near Moscow), in Primorsk (not far from St. Petersburg), Omsk. When it was necessary for us to carry out fire tests of the engine, Makarov provided great assistance in placing our engines at other enterprises for the necessary tests. He knew how to organize all this at the highest level.

These amateurs say: “Who worked better, Makarov or, for example, Alekseev in thirty years?” You should never compare like that. You need to consider the time difference. The conditions in which Alexander Maksimovich worked and the conditions in which today’s directors work are not comparable. Makarov’s opportunities were hundreds of times greater than they are today. It was enough for Alexander Maksimovich to pick up the receiver and call the same minister and say, I need 100 million within a month to resolve certain issues. And today, in order to pay off wage arrears, the director has been to all our higher authorities more than a hundred times. With enormous difficulties and not in full, we managed to somehow knock out the funds.

Let me give you an example. After the end of the report, about 30 people gather at Makarov’s office, including myself. At that moment I was working as the head of the motor production. The first to break into his office is the chief of supply. And he says that we completely stopped the plant due to the fact that the Simferopol plant did not supply us with such and such a device. Alexander Maksimovich had more than a dozen telephones on his desk, including government communications. Makarov picks up the phone and says: “Well, give me the first secretary of the Crimean regional committee.” After about fifteen seconds: “Listen, you stopped my plant! I did not give such and such a device. If tomorrow this device is not available, you know where I will call, and you know which doors I enter. ” Everyone knew that Alexander Maksimovich came to Brezhnev’s, and Shcherbitsky, then the first secretary of the regional party committee, almost lived in our factory. And the whole system worked for YUZHMASH. Makarov enjoyed tremendous authority throughout the country. He was both respected and feared.

There is no such thing now and cannot be, therefore it is impossible to compare who was the best director.

Summing up, Makarov was a very competent and versatile person in the technical part, with great organizational skills. Under him, the plant achieved great success in all areas – the whole country worked for YUZHMASH. So Alexander Maksimovich was a first-class director. We can say that YUZHMASH, largely thanks to Makarov, became the flagship that everyone looked up to. 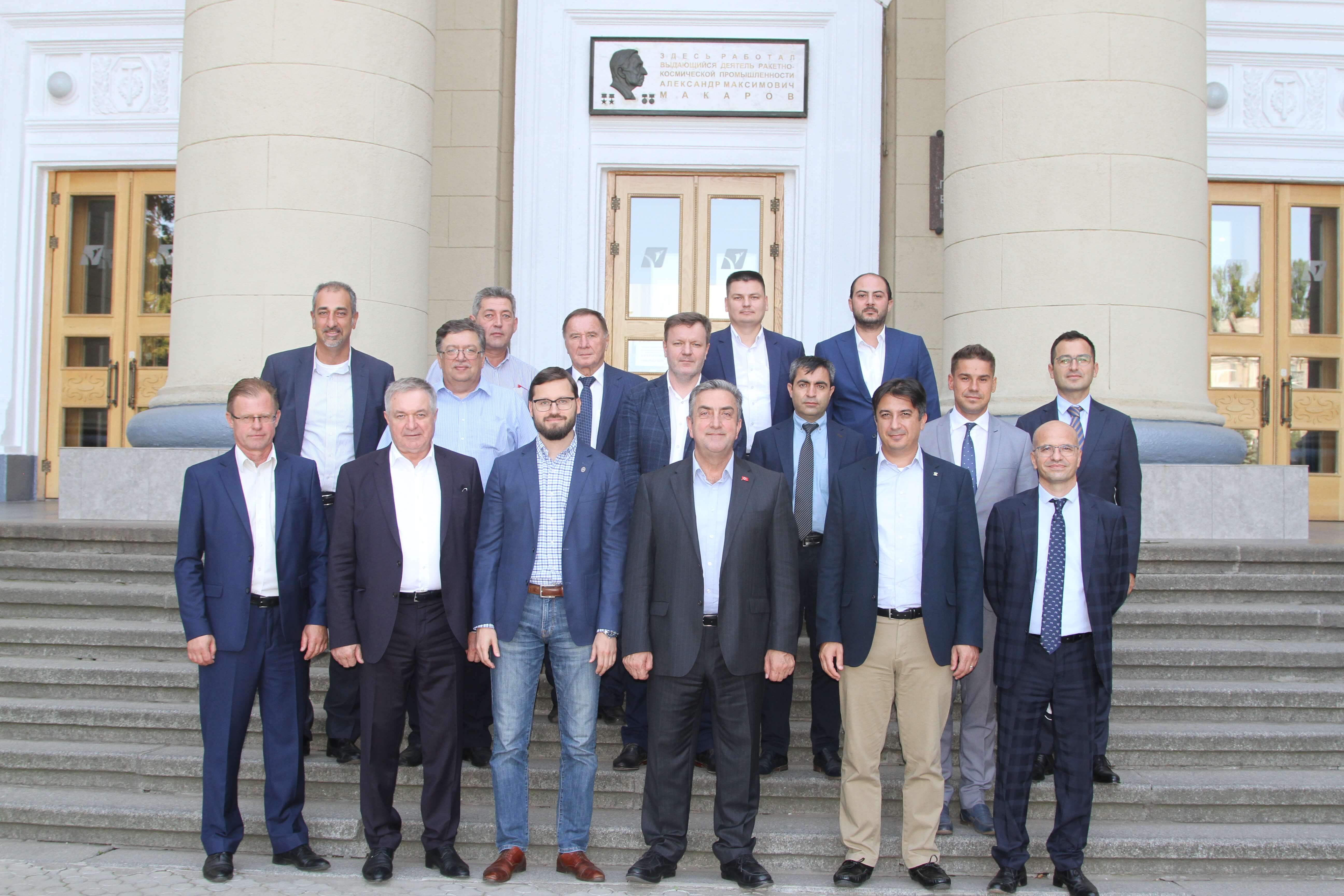 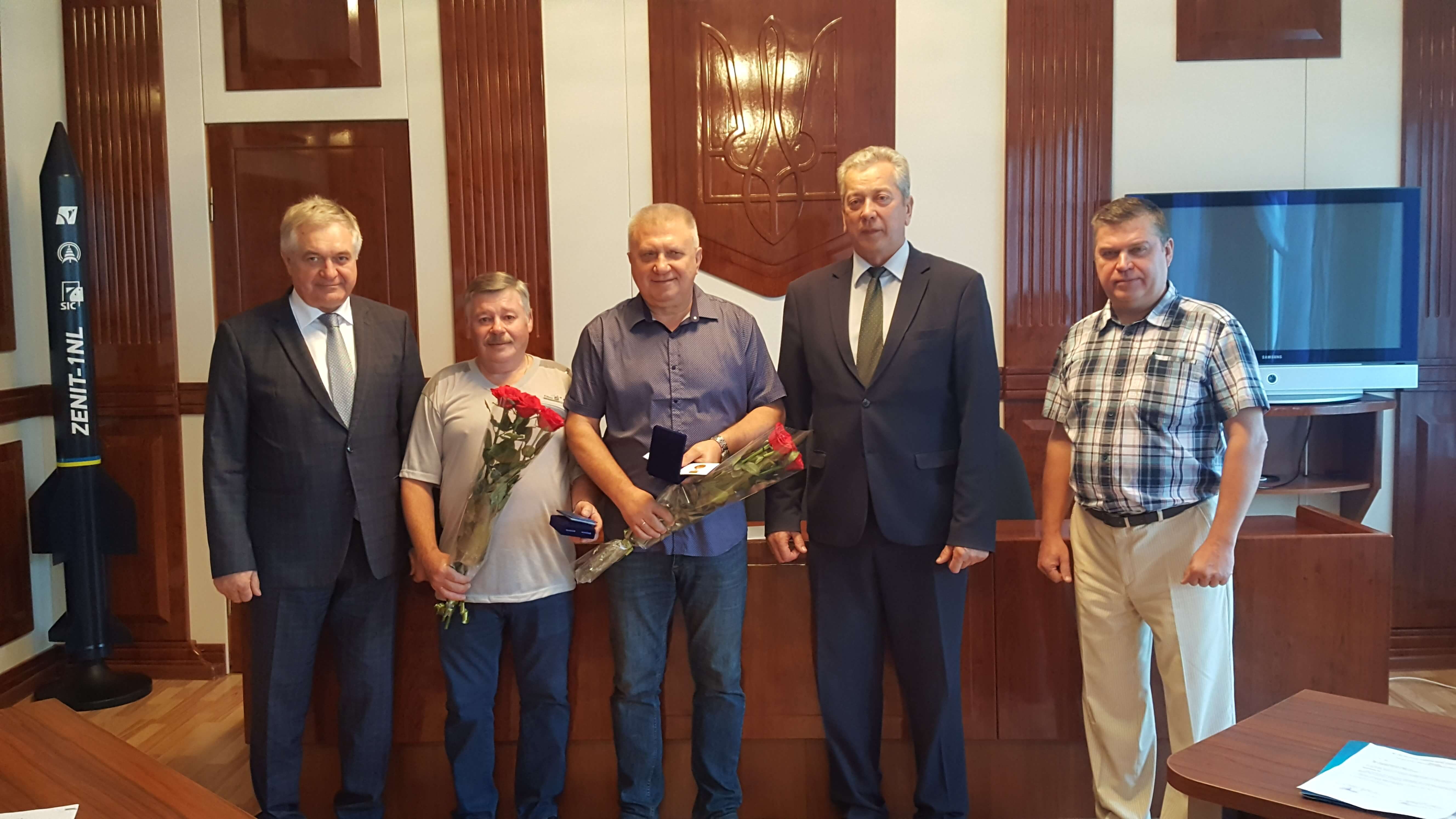 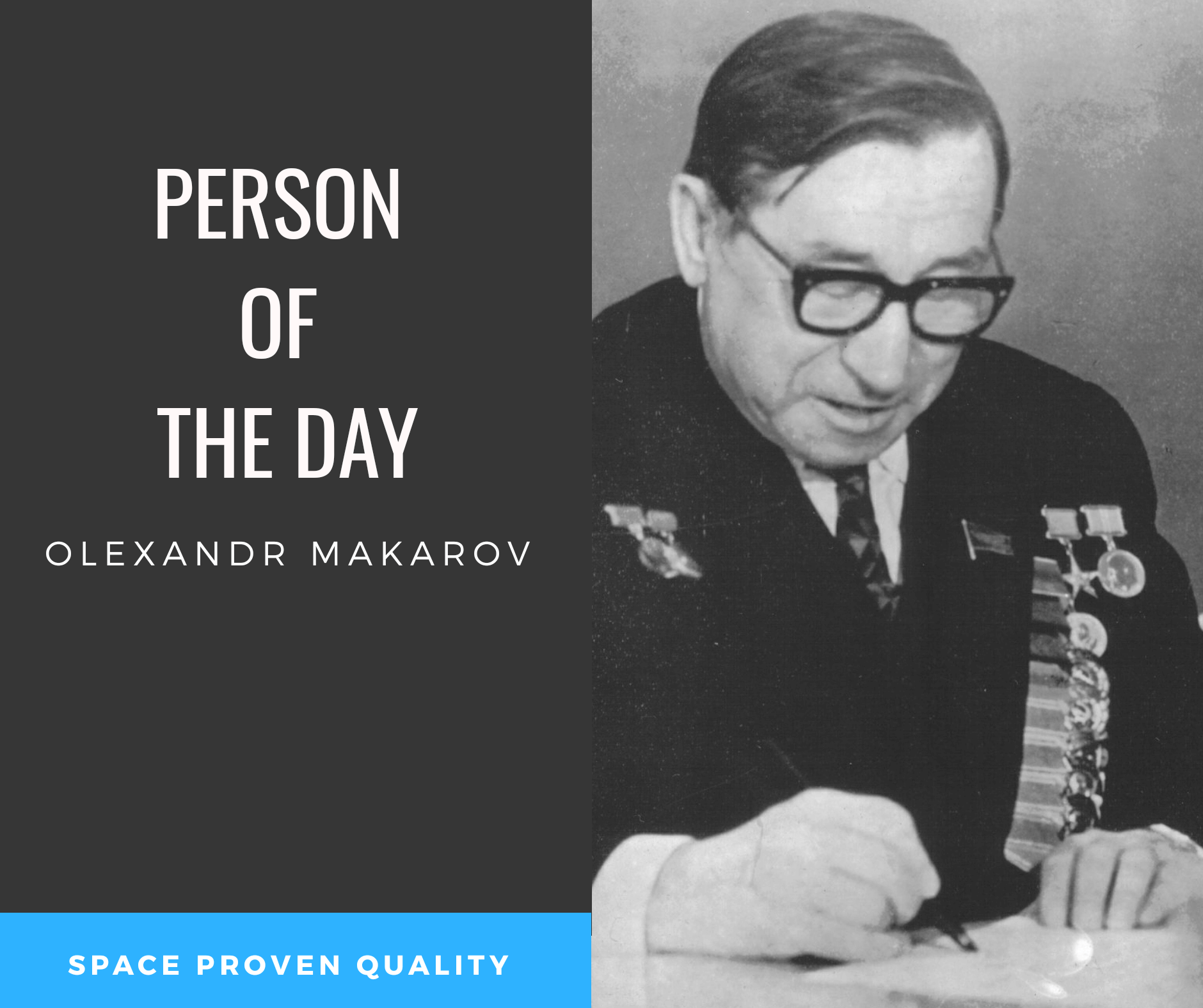