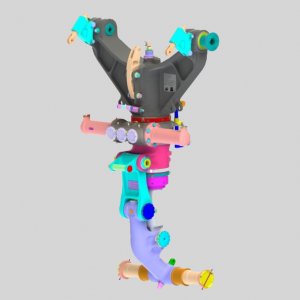 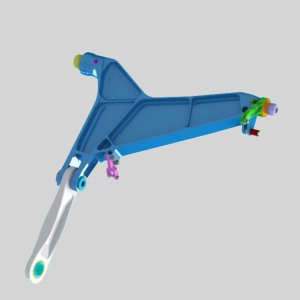 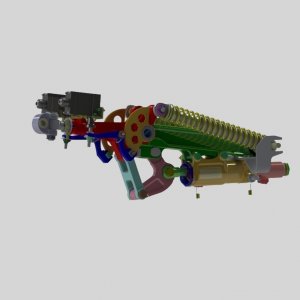 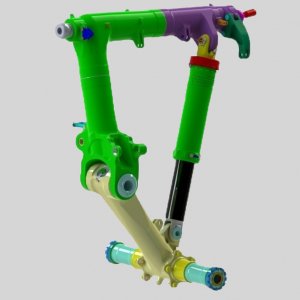 Landing gears are intended for static and dynamic loads transmission on AN-148/158 aircraft structural elements during parking, landing, takeoff, running and aircraft taxiing.

The design of the landing gears allows operating the aircraft both on concrete and dirt runways with the soil strength not lower than 12 kgf/cm2 under all weather conditions, depending on aircraft take-off weight.

The landing gears are manufactured according to the technical documentation of Antonov company.

The front stanchion is a semilever type strut, which is set rack-and-pinion type steering gears.

The strut hangs on the bracket mounted on the walls of the nose landing gear.

The main landing gear consists of:

All components are connected together pivotally and form a closed structure.

Liquid-gas shock absorber is made under the “rod down” scheme and is designed to absorb bumps and jolts of energy through the fluid flowing in the working volume of the shock through the throttle opening and the additional compression of nitrogen.

Folding strut is designed for the perception of side efforts acting on the rack during start, run and taxiing.

The strut consists of:

The upper unit is hinged on the walls of the fuselage frames. The lower unit is attached to tide on the traverse pivotally through the spherical bearing.

The thrust has two sections mounted with a hydraulic cylinder and end switches.

This thrust is designed to fold strut when removing the main landing gear and fixation it in the extended position of the rack.